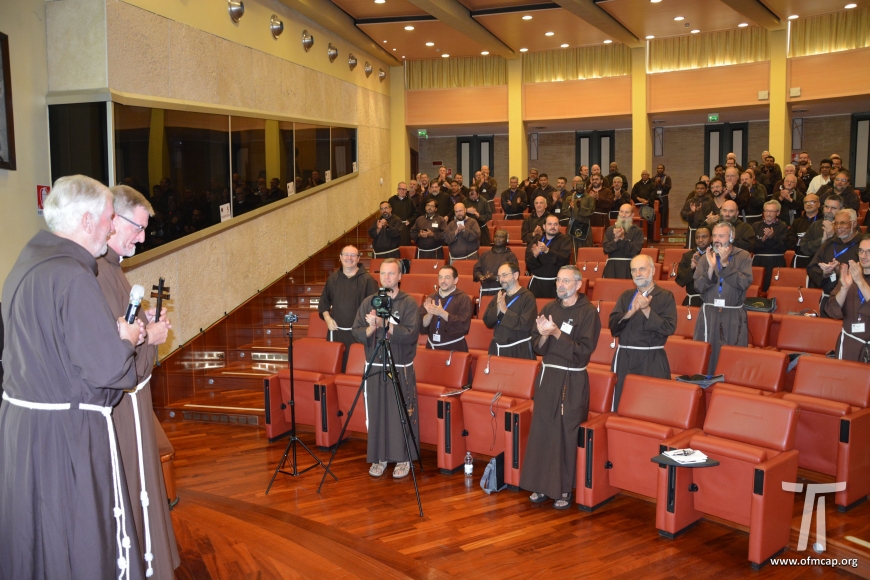 Rome, September 3. Today on the General Chapter schedule was the election of the new General Minister of the Order. At 9:30 in the morning all the friar capitulars gathered in the church of the International College for a special liturgy and a prayer for the election of the new Minister. In order to recall to those present that minister is a service to the brothers, a passage was read from the gospel of Matthew (20:20-28) as well as the section from The Remembrance of the Desire of a Soul in which our holy father Francis indicates the qualities that the minister must have (FA:ED II: 364-366). Then the capitulars followed the outgoing General Minister, who carried a lamp lit from the Paschal Candle, into the auditorium. There the lamp was placed before the Book of the Gospels while each took his place. The assembled capitulars then sang the Veni Creator Spiritus in order to invoke the assistance of the Spirit in this important moment in the life of the Order. Immediately following, the Chapter Secretary proceeded to the roll call and then the distribution of ballots. Following the voting, the tellers examined the ballots, the result of which was the election of Br. Roberto Genuin on the first ballot. Br. Roberto has served multiple terms as Provincial Minister of Venice. The new General Minister accepted the election by his brother capitulars and they immediately stood and offered their applause.

Br. Roberto Genuin is the seventy-third General Minister of the Capuchin Order, the third of this millennium (after John Corriveau and Mauro Jöhri) and is a Venetian like Br. Flavio Carraro, General Minister from 1982 to 1994. The term of the election is six years. Let us offer our good wishes to our new General Minister. More information will be provided soon so we can get to know him better. 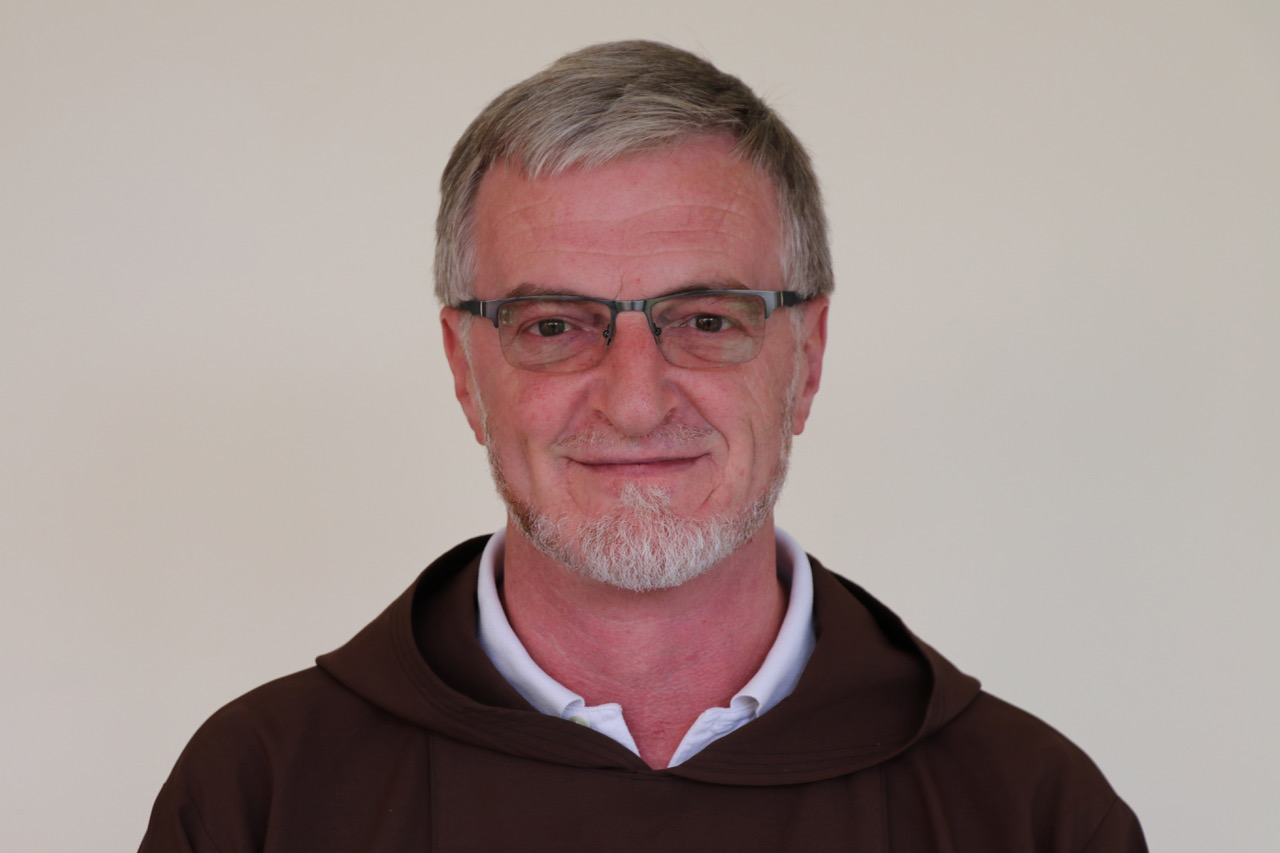 Br. Roberto Genuin was born on September 20, 1961 in Falcade, a town in the Belluno civil province of the Italian region of Veneto, to Antonio Genuin and Valeria Adami. They were a large and practicing Catholic family. He was baptized a few days later on September 24. At eleven years old he entered the Seraphic Seminary of Castelmonte (Province of Udine). He made the year of novitiate in Lendinara (Province of Adria-Rovigo). Br. Roberto made temporary religious profession on October 3, 1980 and perpetual profession on June 30, 1985. In 1986 he completed the bachelor of sacred theology summa cum laude at the Laurentianum inter-provincial theologate in Venice. Br. Roberto was then ordained priest in his home parish in Falcade on June 27, 1987. As a member of our International College in Rome from 1991 to 1996, Br. Roberto completed the research doctorate in utroque iure at the Pontifical Lateran University.

While still a deacon Br. Roberto was animator of the Seraphic Seminary (1986-1987) and then became its director (1987-1991). After his studies in Rome he was appointed guardian in Venice as well as assistant director and professor at the Laurentianum theologate (1996-2008). Having been elected Vicar Provincial, Br. Roberto participated in the General Chapters of 2006, 2012, and 2018 as a delegate. In 2008 he was elected Provincial Minister and then reelected in 2011. Following a reconfiguration of Provinces in 2014, he was then appointed the first Provincial Minister of the new Holy Cross Venetian Province. In 2017 Br. Roberto was appointed guardian of the friary of Rovereto.

During his service as Provincial Minister, Br. Roberto visited all the friars of his Province in Italy and abroad, where many work as missionaries or in other service to the Church in Angola, Cape Verde, Mozambique, Brazil, Greece, Hungary, Georgia, Israel, and Switzerland. At the Order’s request, Br Roberto sent young friars not only to the provincial delegations of Greece and Hungary, but also to new presences in Georgia, Switzerland, and to the Europe Project fraternity in Clermont-Ferrand, France. Br. Roberto was an assiduous collaborator in the Commission for the revision of the Constitutions, making all the corrections to the juridical apparatus. He was also a member of the preparatory commission for the General Chapter of 2018, which then elected him General Minister.

In today’s voting (3 September 2018), during the eighty-fifth General Chapter in Rome, Br. Roberto Genuin was elected General Minister on the first ballot.

Mehr in dieser Kategorie: « New General Minister Together around the Lord’s Altar »