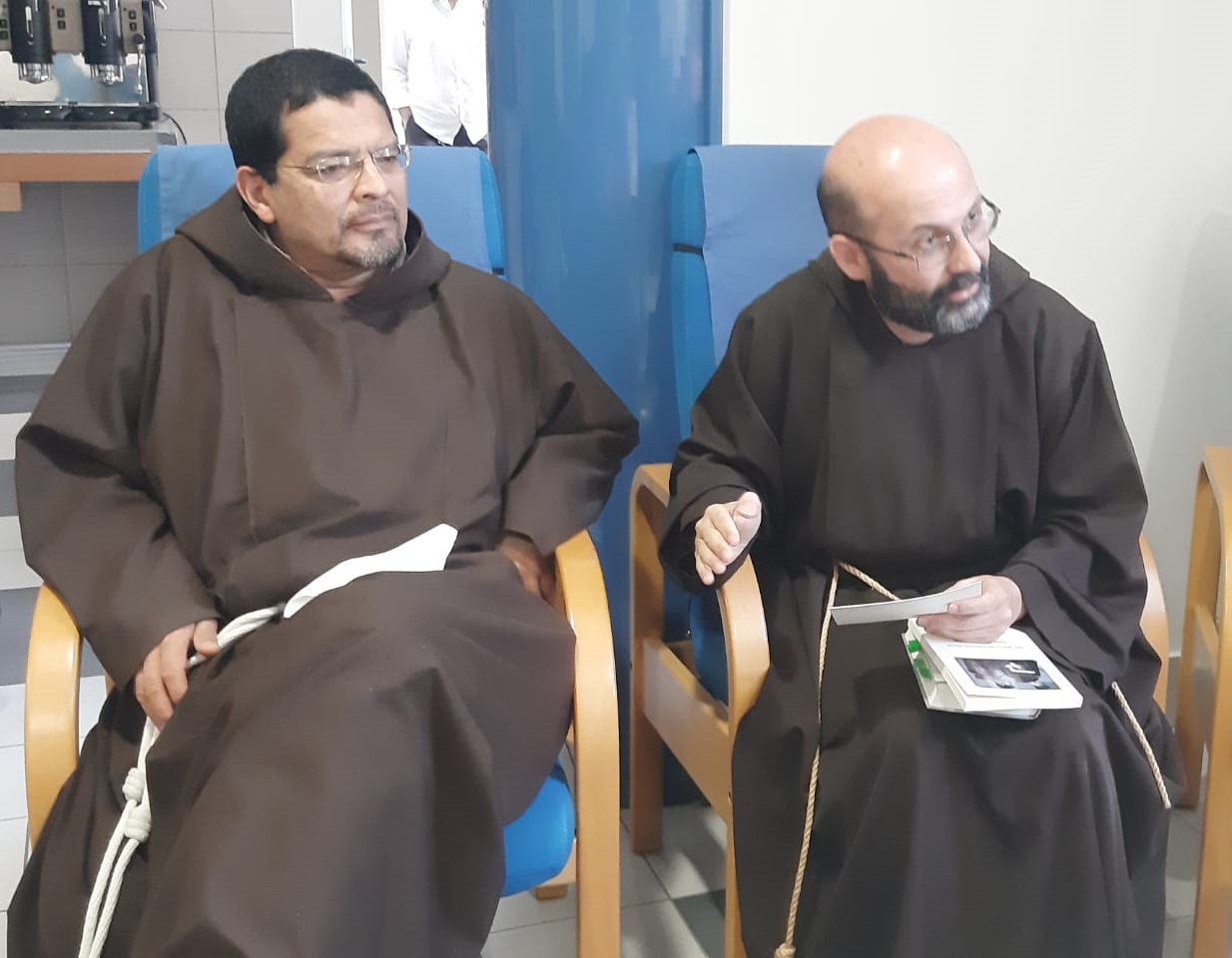 Friar Mariosvaldo Florentino is a Capuchin from the province of Paraná - Santa Catarina in Brazil, who, after perpetual vows, worked in the mission of Paraguay. Then he came to Rome to study sacred liturgy, where he obtained his licentiate and doctorate. During his doctoral studies, he also followed some Franciscanism courses at the Antonianum University.

During the study of the liturgy the author realized that the Franciscans, and in particular the Capuchins, are not familiar with the liturgy and that it seemed strange that he himself studied this subject. The jokes, comments or jokes circulating in the liturgical institute and in other ecclesiastical circles made it clear that it was not "normal" to see a true son of St. Francis engaged in this matter.

The same has been verified within the Order. Many friars believed that studying the liturgy was something reserved for the Benedictines, diocesans or traditionalists. For us Capuchins, however, because of our simplicity and minority, or perhaps our more affective and practical spirituality, the study of the liturgy may appear as something that takes us away from what is essential for us.

Although, from time to time, there are texts that suggest that Francis of Assisi had a certain sympathy for some liturgical aspects, it is nevertheless thought that the liturgy was not at the center of his concerns. For this reason, there are very few studies on this topic and, when it is mentioned in the manuals of Franciscan spirituality, it seemed that it is always something very peripheral.

After having attended the course on "The liturgy in the primitive Franciscan fraternities" (2006) with Prof. Pietro Messa, OFM, was a opening of a new perspective: the liturgy was not something indifferent in the life of Francis of Assisi. Starting from this assumption, the author, at the end of his doctorate in liturgy (2009) and before leaving the International College of Capuchins in Rome, made an exhaustive review of all the publications, books and articles published on the subject. , even if only peripherally. With all the information collected, he began to organize the topics, grouping them in different liturgical fields: Eucharist, liturgy of the hours, liturgical year ... Subsequently he made an intentional reading of all Franciscan sources (published in Spanish by the BAC), looking for any indication or hint that could be linked to the liturgical life of Francis of Assisi.

Since the author was engaged in many other services, such as the teaching of the liturgy and the animation of the Capuchins of Paraguay, the development of the study proceeded very slowly. In fact, every time he had to teach a course for the Franciscans, he made some progress in systematizing the  materials. In 2014 and 2018 he was in Rome to update the bibliography and add some more materials in this field. Towards the end of 2018, the material has been completed.

The purpose was to make an orderly and complete presentation on the relationship of Francis of Assisi and the liturgy of the Church, gathering all the information found for each of the parts that make up the various areas of the sacred liturgy.

In the introduction, the author identifies the problems and highlights the importance that understanding the sources of the relationship between Francis of Assisi and the liturgy could have for today's Franciscans.

In the first chapter, a short general explanation on the prayer of Francis is held, indicating some characteristics that will serve as the basis for the subsequent chapters, since much has already been written on the subject of his prayer.

The second chapter deals with the relationship of Francis with the Gospel, and especially tries to highlight what the Gospel with which he was connected, and the significance of this.

In the third chapter, all that is related to the experience of Francis in the liturgical year is brought out in an orderly manner.

In the fourth chapter the theme of the Eucharist is certainly addressed from the liturgical point of view, much more than devotional, clearly showing how Francis lived and how he wanted the celebration of the mass to be lived.

The fifth chapter brought together all the information obtained on the sacrament of penance, which, being also a celebration, is also part of the liturgical life, although too little is said about the celebration itself.

The seventh chapter tries to put under one voice all the other liturgical elements that have been found in the sources: Francis of Assisi and the liturgy in its sensitive signs. It is divided into five sub-themes: in the first, Francis's relationship with the sacred space: the churches; in the second, his sensitivity and desire that everything related to divine worship be precious and what this meant in his poor life; in the third, his insistence on giving dignified preservation of sacred texts used in celebrations is presented; fourthly, the elements relating to ritual are proposed, with the corporal expressions that are part of the cult and that were very important to Francis; and finally his veneration for priests with his motives and directions.

With these chapters we have tried to give a complete vision of the relationship between the Poverello of Assisi and the sacred liturgy.

All the clues related to the liturgy found in the sources were studied, even those which at first sight seemed to show that the liturgy was not so important to Francis. These fragments are rightly those used among the friars to justify neglecting the liturgy. However, in an overview, even these details find their reason for being and were harmonized in the whole of the discourse.

This book certainly helps to demolish the myth, or ideological information, that the liturgy did not have particular importance for Francis of Assisi, when in truth his charism was fundamental in the construction and consolidation of his life form.

The words of the editor of the publishing house, Fra. José Mari Arregi, Ofm, on this material can help evaluate it: “it is a serious, profound, well-reasoned and useful book, important for Franciscan life… a book that is worthwhile. As I was reading, I thought it would be nice if all the formation houses had a copy of this book because it is essential to know everything you say. "

This book was presented by its author at our San Lorenzo da Brindisi International College on January 9, 2020 and at the General Curia on April 19, where Fra Mariosvaldo exhibited his work and answered questions from the confreres. 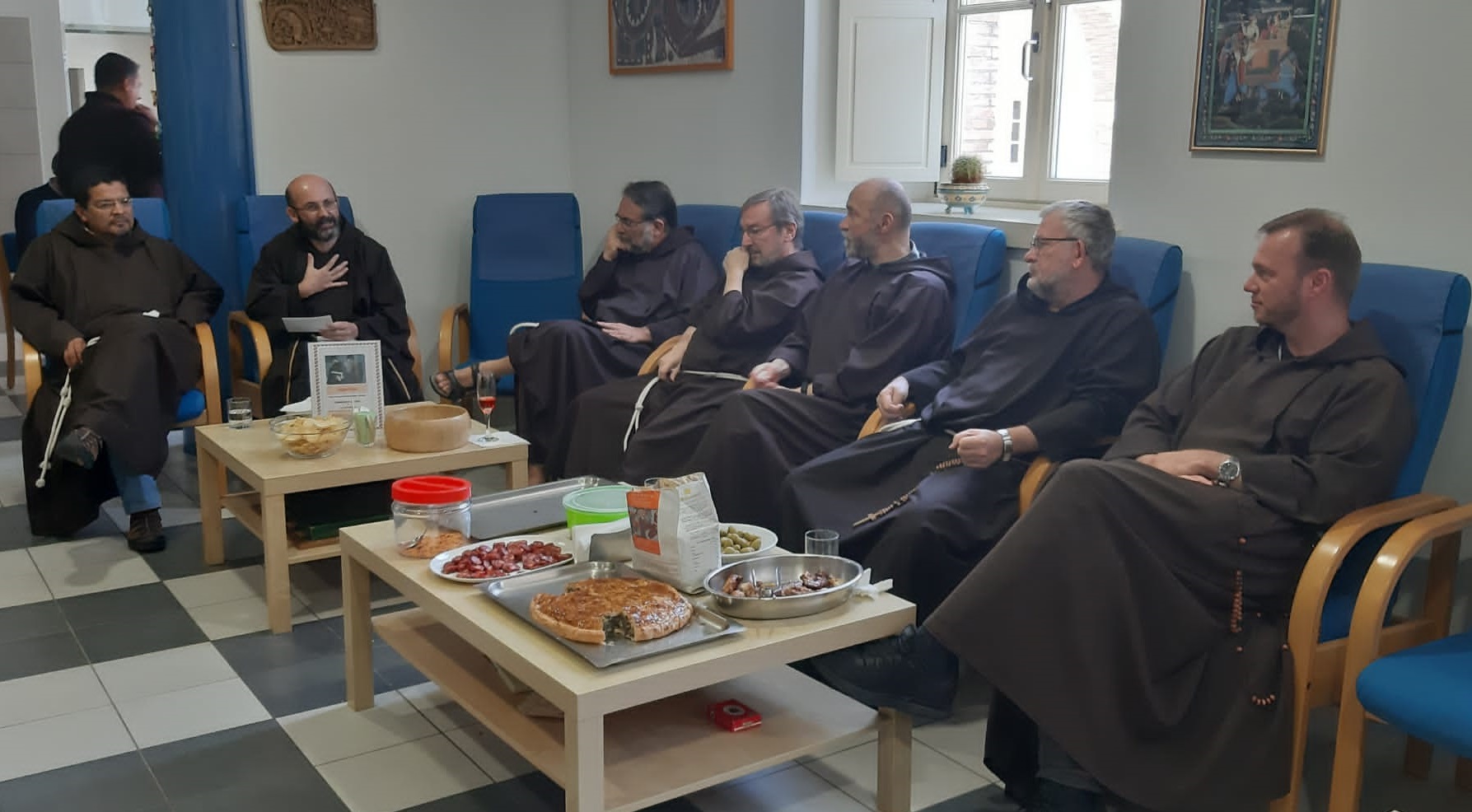 (Many thanks to Fra. Mariosvaldo Florentino Ofm Cap, General Secretary for the Mission, for this nice article)

More in this category: « Happy Easter 2020 Our Pope Francis invites the Humanity to pray together »