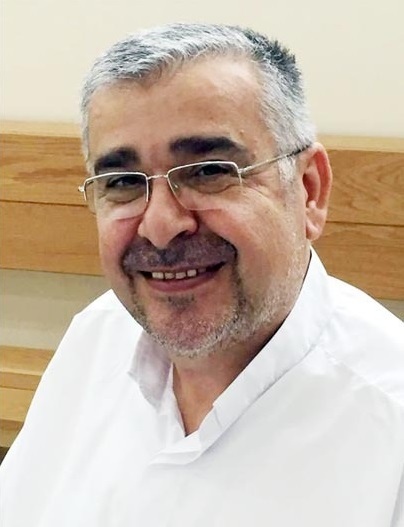 Br. Youssef Sami, our Intenational councilor for formation (Asmen), originally from the Cutody of Near East (Lebanon) and a brother responsible for the Arabic speaking Catholics in the Arabian Gulf, passed away on 17th May 2020 due to multiple complications arose from Covid 19.

Our Brother Paul Hinder Ofm Cap, the Bishop and Apostolic Vicar of Southern Arabia, in his letter honouring Br. Youssef worte the following:

“He was a brother who cared for the fraternal life wherever he was assigned … he showed missionary mindset and was open beyond his own communities. Within a few hours many condolences from the faithful who were neither Arabic nor French speaking were posted and these are proofs that his pastoral work reached out to others … He was a man of prayer and knew that the true source of a fruitful pastoral ministry is found in a personal meeting with the Lord. As a Capuchin Brother he knew that simplicity is the best witness we can give and that money should never direct our minds or our actions.”

the Custos of Saudi Arabia said the following:

“Come to me all you who labor and are burdened, and I will give you rest. Take my yoke on your shoulders and learn from me, for I am gentle and humble of heart. For you will find rest, for my yoke is easy and my burden light.”

These words from the Gospel today I think fit well with the life of our dear brother Youssef as we remember him. He was just buried about an hour ago in the Christian cemetery near Jebel Ali. He died of health complications due to the Coronavirus. He will be missed in our community and we wish come together to pray that God may take his soul into heaven.

These words of our Lord were well known to our brother for I know he read them and preached them throughout his ministry, especially as a priest. But more importantly, I think these words were very special to him personally in his life. I read now the reflection given to me by his home Custos Abdallah in the Custody of Lebanon. :

Brother Youssef Sami Youssef was born in a village in the Chouf District, of the province of Mount Lebanon, in 1957, in a family which consisted of his father Sami Youssef, his mother Sabat Moghames, and five sisters and two brothers.

His father was a farmer whose business had grown to enable him to open a grocery store. Brother Youssef entered the Capuchin Fathers Clerical School at the early age of twelve. He joined the Capuchins in Lebanon wanting to live his life in the steps of Saint Francis of Assisi and took his first vows on October 4, 1977.

As the Lebanese war erupted, reaching the Chouf District, a great calamity befell Youssef--- his dad and his brother were kidnapped and killed in 1983. After the displacement that the people of Chouf suffered in 1983, the family and Youssef were driven off their land and had to seek refuge in Beirut, losing everything they owned. Youssef’s mother suffered greatly with her children, but her relentless prayers and unshakable faith enabled her to overcome all the agony to the extent that she forgave her husband and son’s assassins and lived 36 years in patience, prayer, and faith. She piously passed away shortly before Christmas in 2019.

I never knew about this tragedy that Youssef and his family suffered because he never spoke about it to me and to many others. I knew he was very close to his mother and would always go and stay with her when he returned to Lebanon for holidays. Youssef’s mother was the glue that held the family together and I believe gave Youssef his strong faith following after her example. As the second reading today from the second letter to the Corinthians says, “We know that if our earthly dwelling should be destroyed, we have a building from God, a dwelling not made with hands, eternal in heaven.” I believe that Youssef because of this tragedy that befell his family, lived the words of saint Paul as he said, “We are always courageous, although we know that while we are at home in the body, we are away from the Lord…..and we would rather leave the body and go home to our Lord. Therefore, we aspire to please him, whether we are at home or away.”

One can see in the ministry of Youssef, affectionately known as Abouna, that he loved his life as a Capuchin and loved his ministry to the people—and the people loved him. The testaments of the people after his death on the website of Saint Michael’s in Sharjah and on Facebook attest to this. Youssef especially liked working here in the Gulf and was always ready to help anywhere he was asked.

Youssef was ordained a priest on July 2, 1988 and first came to the Gulf in 1993 and served at Saint Mary’s in Dubai until 1995. He returned to Lebanon where he served as the Custos of Lebanon from 2001-2004. He came back to the Custody of Arabia shortly after I arrived in the fall of 2004 and served for four years at Our Lady of the Rosary in Doha, Qatar. Then from 2008 until 2011 at Sacred Heart in Manama, Bahrain, 2011 to 2015 at Saint Joseph’s in Abu Dhabi, and in 2016 he ministered at Holy Spirit Church in Ghala, Muscat and at Saint Mary’s in Al Ain. And finally from 2016 to the present at Saint Michael’s in Sharjah. So Youssef had a full and extensive experience of ministry in our Custody of Arabia.

My personal experience with Youssef began in 2011 when both he and I were elected to the Capuchin Council of the Custody under the Custos Varghese Chempoly. Before this I knew him in passing only, since I was stationed in Saudi Arabia and only saw him at our yearly meetings in Abu Dhabi. I noticed working with him on the council that he was a great community man and was always giving suggestions about how to improve the life of the friars. Youssef was never afraid to speak his mind as we know, and this is why he was chosen to be a leader in our Capuchin community! When I became Custos in 2014, he was reelected to the council and continued to be outspoken member of the council always offering his good suggestions to make our Custody stronger.

I loved Youssef because he was always willing to help in anyway the Custody needed him. His simple life as a friar was something that we knew and he was most dedicated to his life as a Capuchin and lived it for all us to see. Youssef was always a proponent for the Formation of the friars and served as our Formation Director. I asked him last year if he would like to be on the Formation Council for our Capuchin Curia in Rome, and he readily accepted and was chosen to serve. He was preparing a talk to us for our upcoming Chapter on Ratio Formacionis. Just to give you background for his love to the ministry, when he first came to the Custody he did not know English very well and taught himself during his time here so he could minister to all the people in our parishes. He even prepared and gave us a talk at the last Chapter of 2017 if you remember. His faith was strong and we all saw it in his ministry to us and to the people. 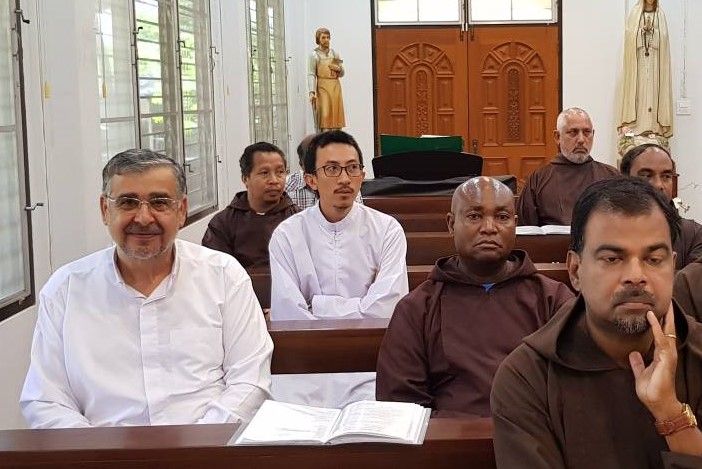 Bravo Brother Youssef. You are great in your fraternal and thoughtful ways. May our Heavenly Father further reward you Eternal Happiness. Pray for us also!

(Our Special Thanks to Br. Paul Kӧnig Ofm Cap for sharing the deep insights about Br. Youssef and to Br. Tony Haddad for the images he shared)

To be continued… in our Formation Office Website: www.sgfcap.org

More in this category: « The Spirit makes all things new “Manifesting Integral Goodness” is a New Mission Call for the Capuchins Today »