Today is the feast of the Nativity of the Virgin, and in a certain sense it is the feast of the brotherhood, that is to be reunited with the Mother, to give thanks for the gift of life and vocation. We share this little story for children with you with the hope that it can help us in our spiritual growth. 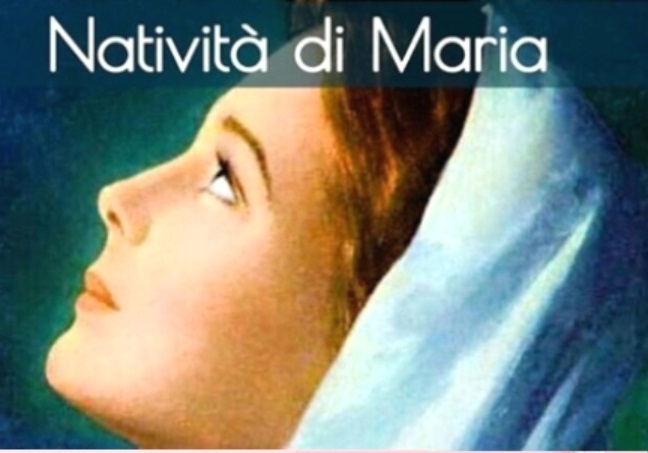 This is the story of a mother who had two small children: the youngest, 9, and the oldest, 12. It was a bright spring morning. Mom thought it was a nice day to do a thorough cleaning of the house and make a delicious cake for lunch. Once she had his two children ready, she sent them to the park which was right in front of the house. Before dismissing them, she insistently ordered the elder one: - Be very careful and take care of your little brother!

When they arrived at the park, they saw that all the flowers were of wonderful colors and the older brother, when he saw the flowers, remembered his mother and began, little by little, to pick the most beautiful flowers and prepare a beautiful bouquet. He began to imagine about how the face his mother would transform when she saw the bouquet of flowers and, without thinking twice, immediately went home to offer them to her. The doorbell rang and when his mother opened the door she was very surprised to see the flowers. Pushing them gently aside, she immediately noticed the absence of her youngest son and a little nervous she asked her eldest son: - These flowers are beautiful, but where is your little brother?

The older brother, as if he hadn't heard his mother's question, insisted: - Mom, look at that beautiful bouquet of flowers. There is none like this in the whole world.

The mother nodded: - Yes, yes, it's beautiful, but what about your brother?

The older brother, still lost in thought and proud of his flowers, replied: - What does it matter where my brother is! You, enjoy the flowers I brought to you.

The mother got very angry. She took the flowers, threw them on the ground, grabbed her son's ear and said: - Go to the park and don't come home until you bring your brother with you.

Thinking of the Virgin Mary on this day in which we celebrate her birthday which leads us to ask a question that is not easy to answer: This sensitivity for the poor and the little ones was learned by Mary as a disciple of her Son or, on the contrary, it is the Mother who transmitted it to her Son? However that may be, we ask Mother to continue help us to be faithful in following your Son until the last day of our life.

More in this category: « “Manifesting Integral Goodness” is a New Mission Call for the Capuchins Today Some Insights into Vanity and the Covid Crisis »