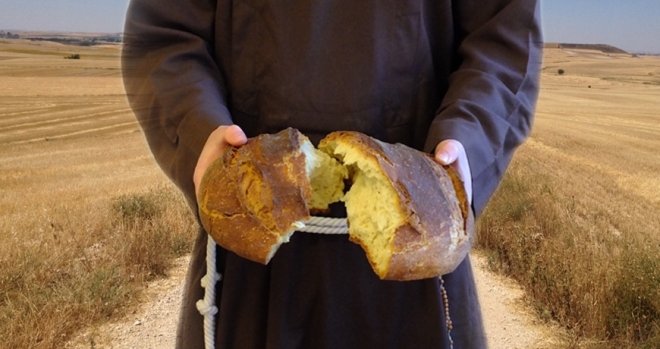 The Office of Economic Solidarity exists as a means to pool the resources of all of our Provinces and Custodies around the world for the purposes of supporting the growth and establishment of the Capuchin Order in new parts of the world, particularly in those locations where neither the Mother Province nor the local economy would be able to provide sufficient economic support for a new and growing Circumscription. In order to make this support possible, all Provinces and Custodies are called upon each year to contribute to the Solidarity Funds, in order to provide the necessary resources for missionary and initial formation subsidies, projects for the basic infrastructure of the Order in a new Circumscription, study burses, and support for the Capuchin Poor Clares.

The study of applications for financing is taken as a serious matter. The Solidarity Commission, made up of seven friars from around the world, meets at various times throughout the year, once in person in Rome and at other times via videoconference. From their work in these meetings, the Solidarity Commission makes recommendations to the General Minister and Council regarding requests for subsides, projects, and Mass stipends.

Applications for Mass stipends are received each year unit the last day of February. The Solidarity Commission then meets via videoconference to discuss how those Mass stipends could be distributed based on, among other factors, the economic situation of each Circumscription, the number of priests in the Circumscription, and the number of Mass intentions the Circumscription is already committed to persolve. The recommendations by the Solidarity Commission are then forwarded to the General Minister and Council for approval. Distribution of the Mass Intentions then takes place later in the year.

Applications for missionary and initial formation subsidies are received until July 31 via an online form. Applications for projects, however, are made in a two-step process. The first is in the submission of the concept of the project by the end of the month of May, via an online form. All the project concepts received are then studied by the Solidarity Commission in a videoconference meeting during the month of June, after which time their observations and any particular questions that arise are given to the applying Circumscriptions and forwarded to the General Council. The Circumscriptions then have until August 31 to complete the project application and submit all materials electronically.

The Solidarity Commission then receives all the application materials in electronic form to begin studying them in preparation for their in-person meeting during the month of October. It is in this meeting that the members of the Solidarity Commission work together to make its recommendations about each application to the General Minister and Council. The final decision is then made by at the November General Council meeting, and for those requests which are approved the funds are transferred during the course of the following year.

A report of the applications and the decisions made is produced each year and distributed to all Circumscriptions of the Order. In addition, at certain times each year the members of the Solidarity Commission visit the projects in order to evaluate their level of success and make further observations to the other members of the Commission, to the General Council and to the brothers in the Circumscriptions being visited. It is through this work that the Office and Commission of Economic Solidarity works with our new and growing Circumscriptions and with the General Minister and Council to be a resource for the sustainable growth of the Order throughout the world.

Last modified on Monday, 11 May 2020 14:10
More in this category: « The General Bursar’s Office General Secretariat for Formation »