The Order rejoices to have a new Venerable. On March 23, 2017, Pope Francis authorized the Congregation for the Causes of Saints to issue the decree super virtutibus for Daniel of Samarate, priest, missionary, and leper, member of the Province of San Carlo in Lombardy.

Felice Rossini was born in San Macario, a neighborhood of the town of Samarate (dioces of Milan) on June 15, 1876. On January 14, 1890, not yet fourteen years old, he entered the seminary of the Capuchins in Sovere (Bergamo). Entering the novitiate at the friary of Lovere (Bergamo), he was given the name Br. Daniel of Samarate. He then made his first profession on June 24, 1892.

A meeting with Fr. Rinaldo da Paullo, who would be killed in the massacre of Alto Alegre, Brazil on March 13, 1901, marked Daniel with a desire for missionary witness and he was driven to ask to go, with other friars, to the mission of Northeast Brazil, entrusted in 1892 to the Capuchins of Lombardy. The vast territory included the states of Ceará, Piauí, Maranhão, and Pará, with the possibility of expanding even into the state of Amazonas.

Br. Daniel received the missionary crucifix in the church of the Sacred Heart in Milan on August 8, 1898, and left for the Brazil mission, which he reached on August 30. Assigned to Canindé, he was ordained deacon on October 2, 1898 and priest on March 19, 1899.

Assigned then to the Santo Antônio do Prata colony in the state of Pará, he remained there until January 1913 as professor, director, bursar, and superior of the fraternity. It does not seem possible to determine exactly when Fr. Daniel contracted leprosy, though it was perhaps in 1908 when he was giving last rites to an elderly woman. Returning to Italy for care in 1909, he had the possibility of making a stop at the Marian shrine of Lourdes. He was not cured, but he did receive the grace of a spiritual confirmation that his illness would be for the greater glory of God. Not finding a cure in Italy either, Fr. Daniel returned to Brazil in December 1909 to take up his missionary, pastoral, and educational work anew.

In 1913 Fr. Daniel finally left the Santo Antônio do Prata colony and on April 27, 1914 he was helped to arrive at his new residence, the leprosarium of Tucunduva, which was a difficult place, marked by misery and abandonment, ignored socially, medically, and spiritually. For ten years he exercised an intense and fruitful apostolate and succeeded in transforming the leprosarium from a cursed place of sin into one of blessing and virtue. He was a true martyr of patience and charity.

While the disease advanced and consumed him, Fr. Daniel thanked the Lord for this gift, which for him was similar to his priestly ordination. His frequent Deo gratias became condensed in a formula that he coined for praising the Lord, A Deus louvado, may God be praised for all that he does.

On March 25, 1924, Fr. Daniel celebrated his twenty-fifth anniversary of priestly ordination and on the following May 9 received the sacraments in articulo mortis. He remained lucid for ten days of prayer and of complete abandonment to the mercy of God, waiting without fear for the call and reward of God. Fr. Daniel died in peace at 2:30 in the afternoon on May 19, 1924.

Fr. Daniel knew how to make his own wounds into a song of gratitude to our Father in heaven. God be praised! 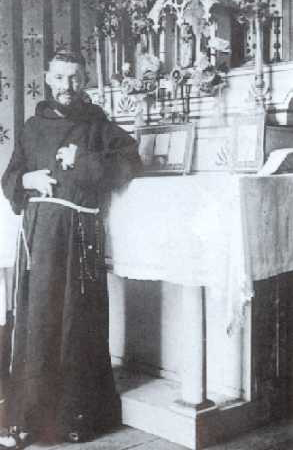 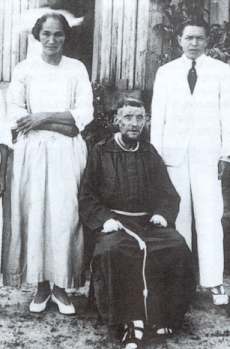