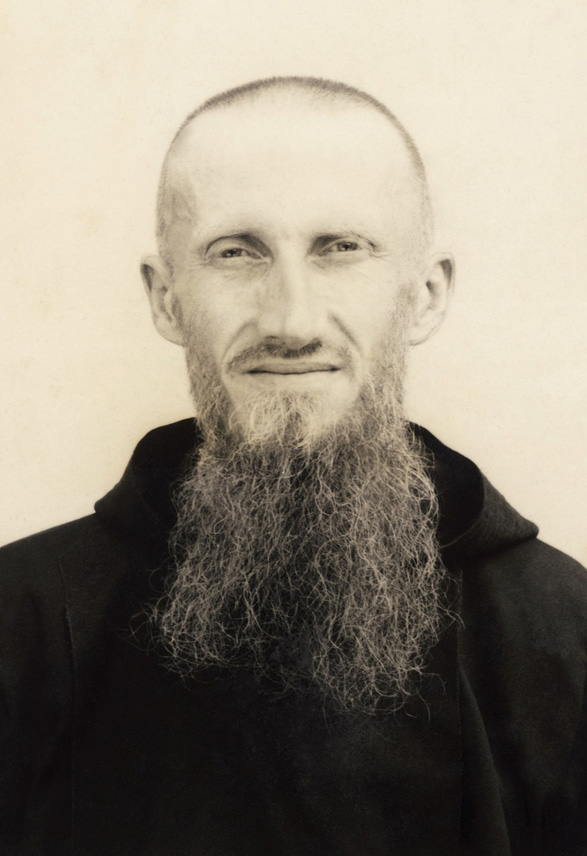 During the ordinary session of the Congregation for the Causes of Saints this past May 7, 2019 the Cardinals and Bishops recognized that the Servant of God Salvador Pinzetta (1911-1972) lived in a heroic way the theological virtues (faith, hope, and charity), the cardinal virtues (fortitude, justice, prudence, and temperance), and the virtues of the consecrated life (poverty, chastity, and obedience).

On May 13, 2019 Pope Francis authorized the Congregation to promulgate the decree super virtutibus. Now, for his beatification, an extraordinary act/miracle obtained through his intercession is needed.

The Servant of God, then called Erminio, was born on July 29, 1911 in Casca, in the Brazilian state of Rio Grande do Sul, the second of thirteen children to Fiorentino Pinzetta and Isabella Romani, whose families had come to Brazil from the Mantova area in Italy in the second half of the nineteenth century. Erminio spent the first thirty-three years of his life helping the family with work in the fields and in raising livestock. During this time he distinguished himself by his virtuous life and his devotion to Our Lady and St. Aloysius Gonzaga.

In February 1944, encouraged by the Capuchin Br. Alessandro Studzinki, Erminio spent a period of meditation and prayer in the Capuchin friary in Maraú. Coming to the decision to enter the Order of Friars Minor Capuchin, on May 6, 1944 he was received at the friary in Flores de Cunha. On January 5, 1945 he began the novitiate as a lay brother in the same friary, receiving the habit and the religious name Br. Salvador of Casca. Having made his temporary profession, Br. Salvador lived the next two years of his religious life in the friary of St. Francis of Assisi in Garibaldi. In 1948 he was transferred back to Flores de Cunha, where he made his perpetual profession on January 6, 1949. Between 1949 and 1962 the Servant of God had various assignments: friary orchardist, vintner for altar wine, porter, cook, and coordinator of the novices’ manual work.

In 1953 Br. Salvador signed up in the Association of the Slaves of Mary. Esteemed in fraternity, he was above all loved by the people for his goodness and meekness. On January 6, 1961 he was appointed novice master for lay brothers, a task which he carried out without leaving behind his other work.

In the new atmosphere of Vatican II, on April 22, 1970 the bishop of Caxias do Sul, Benedito Zorzi, conferred upon Br. Salvador the ministry of Extraordinary Minister of Holy Communion for the parish in Flores de Cunha. The Servant of God was faithful to this new charge with exemplary devotion toward the Eucharist and the sick, whom he visited both in their homes and in the hospital of the city. On March 19, 1971 he was charged with promoting the pastoral care of the sick and the formation of new EMoHC.

On May 30, 1972 Br. Salvador experienced a bad headache and asked to be excused from participation in a house chapter. The next day, as usual, he assisted at the 6:30 a.m. Mass at the Our Lady of Fátima hospital. When he returned to the friary he felt very ill and was taken to the hospital where a cerebral hemorrhage was revealed. The Servant of God died there on May 31, 1972 at 6 p.m.

The bare-bones epitaph on his tomb: simplicity, prayer, work illustrates the essence and the secret of the life of Br. Salvador, who knew how to incarnate these values and how to empty himself, uniting humility, joy, and peace, the pillars of the Franciscan life. The Servant of God lived the little responsibilities of ordinary life in an extraordinary way, so as to always be seeking holiness.