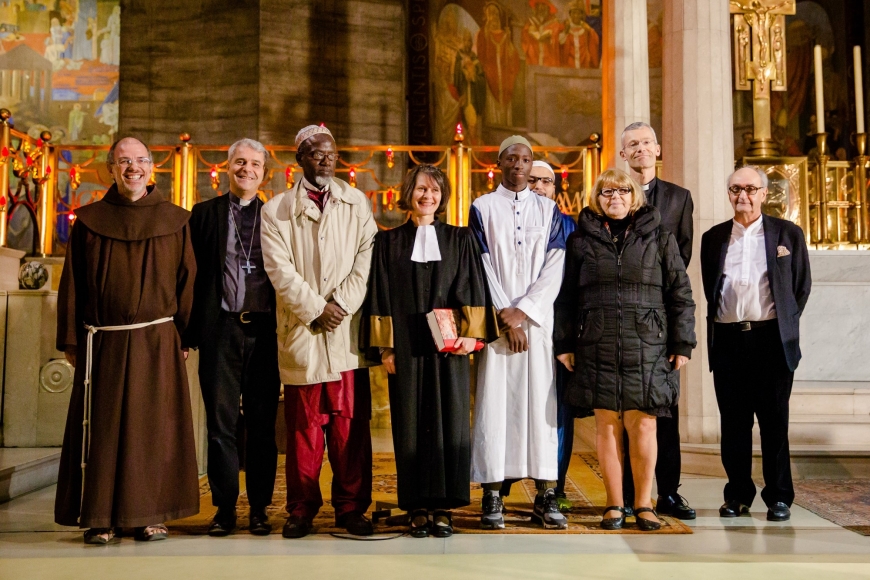 Jubilee of Damietta in France: for the growth of fraternity

The Franciscan Family celebrated the 800th anniversary of Damietta with the Church of France from 25 to 27 October. The Ecole Franciscaine de Paris organized a historical symposium. Speakers from the PISAI, the Catholic Institute of Paris, the University of Nantes, of Nanterre and the École Pratiques des Hautes Études followed one another indiscussing: the origins of the meeting, its impact on Francis’ writings, the development of the Franciscan mission in Muslim countries and some Franciscan figures. The highlight of this conference was Saturday afternoon, when Bishop Paul Hinder of Abu Dhabi, Brother Marwan Di’des OFM of the Custody of the Holy Land and Sr. Brygida Maniurka, Franciscan Missionary of Mary in Syria, took the floor. Saturday evening gave way to a time of Islamic-Christian prayer in the diocese of Paris (Parish of the Holy Spirit) where several local and national associations engaged in dialogue were present. Bishop Denis Jachiet, Auxiliary Bishop of Paris, then invited Bishop Paul Hinder and Imam Boubacar Conte to discuss the Document for Human Fraternity signed in Abu Dhabi. On the Sunday, it was Bishop Michel Santier of Créteil who welcomed the Franciscan Family to his cathedral. More than 500 people gathered for the mass broadcast live on the national channel France 2. Most Reverend Jean-Marc Aveline Archbishop of Marseille and president of the Council for Interreligious Relations within the Bishops’ Conference delivered the homily. The day continued with times of workshops where brothers, sisters, lay Franciscans, faithful of the diocese and Muslims shared their experiences of dialogue and encounter. At the end of this anniversary, a declaration “For the growth of fraternity” was made by the representatives of the major religions in France.

More in this category: « International Study Conference in Venice The Opening of the New Academic Year »