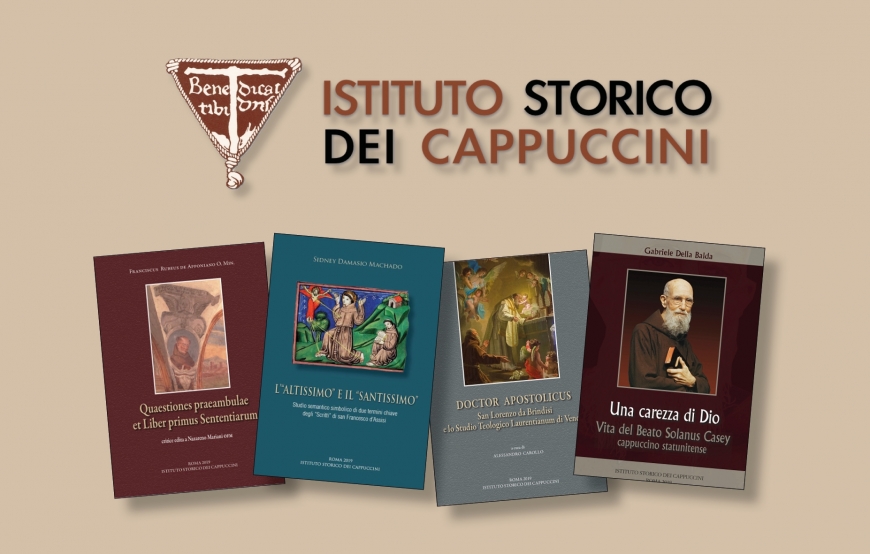 The Capuchin Historical Institute is a scientific research institution engaged in the historical investigation and in the study of Franciscanism, particularly the Capuchin reform of the 16th century, in its different manifestations, deepening its historical, doctrinal, spiritual and even iconographical dimensions.

Every year under the care of the Institute, several books are published concerning our spirituality and our historical legacy.

With the following titles, they wish to begin informing friars and friends around the world annually of the latest publications by the Institute.

We invite you to visit the site of the Capuchin Historical Institute, where you can find all the information about any of the published titles - www.istcap.org. 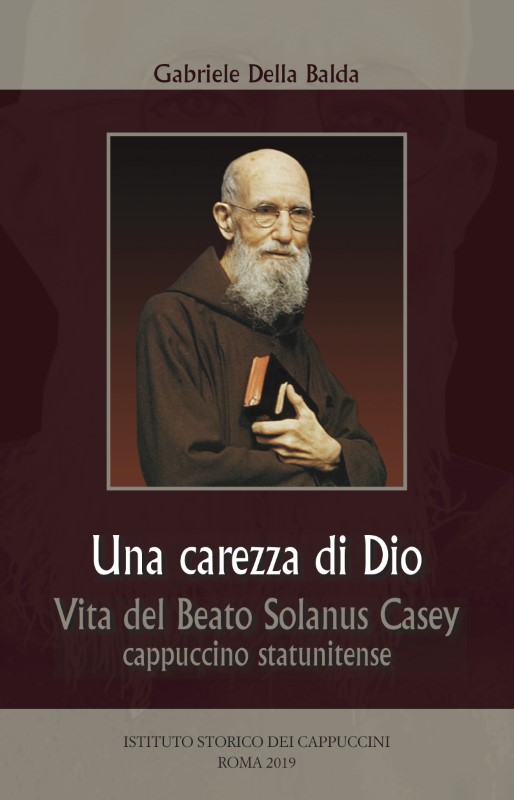 Father Solanus Francis Casey (1870-1957) manned the humble porter’s office in the friaries where he lived for forty years. Nevertheless, he was able to transform this task into a warm hospitality ministry for all those in need. At his door, the suffering always found a loving spiritual father ready to listen and to share the burden of their afflictions. Everyone wanted to meet him, because he found hope in even the most desperate of situations. Numerous healings were attributed to him, and even during his lifetime he was sought out as an intercessor. Always a humble, simple Capuchin priest, in every stage of his life he sought only the glory of God. Solanus Casey was beatified November 18, 2017 in Detroit. Now, he has become a model for the whole Church of a holiness that is at once commonplace and heroic. His example demonstrates how the greatness of God, operative in his saints, is present at our side every day. 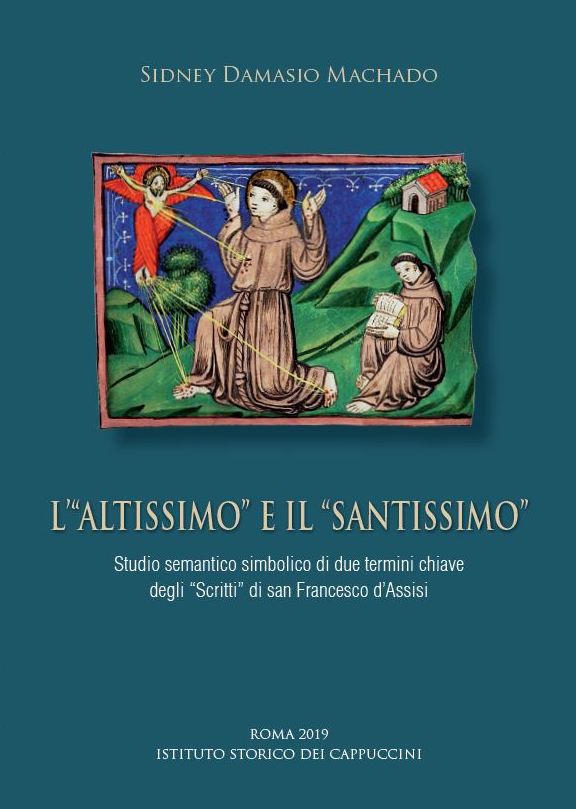 Charismatic personality, powerful evangelizer, singer of the Lord's goodness, Francis of Assisi continues to entice men and women from all over the world, despite the barriers of chronology, spirituality, culture and politics. A multifaceted personality, he arouses wonder and inspires many to take the path of reconciliation with nature, with others, with God and with themselves. How does one explain the timeliness and the perpetual relevance of his discourse? This question has many answers, but all point to the power of language made manifest in prayer, poetry, gestures and symbols. Scrutinizing the imagination of Francis with methodological rigor, this volume highlights the dimensions of symbolism in his discourse, allowing the reader to in some way penetrate the mystical experience of a man who has become poor, humble and brotherly, and to experience with him the presence of the Most High and Most Holy God who became poor and lowly for us. 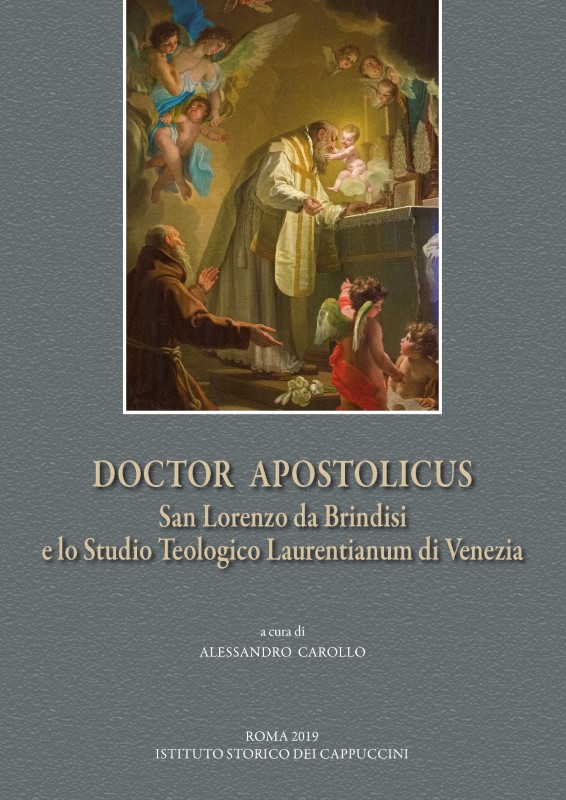 This volume contains lectures offered during a day of study on St. Lawrence of Brindisi (Venice, Most Holy Redeemer, October 15 2018), organized by the Laurentianum Inter-provincial Theologate. This event was part of a broader array of celebrations that the Venetian Capuchins had organized on the occasion of the Laurentian Year (July 21, 2018 - July 21, 2019) announced by the General Minister of the Order, Br. Mauro Jöhri, to commemorate the 400th anniversary of the death of St. Lawrence of Brindisi (1559-1619), who together with St. Anthony of Padua and St. Bonaventure of Bagnoregio, remains part of the very select group of Franciscans declared "Doctors of the Church". This volume was published in time for an international conference on the Capuchin saint held at the Capuchin friary of Venice from October 17-19, 2019. 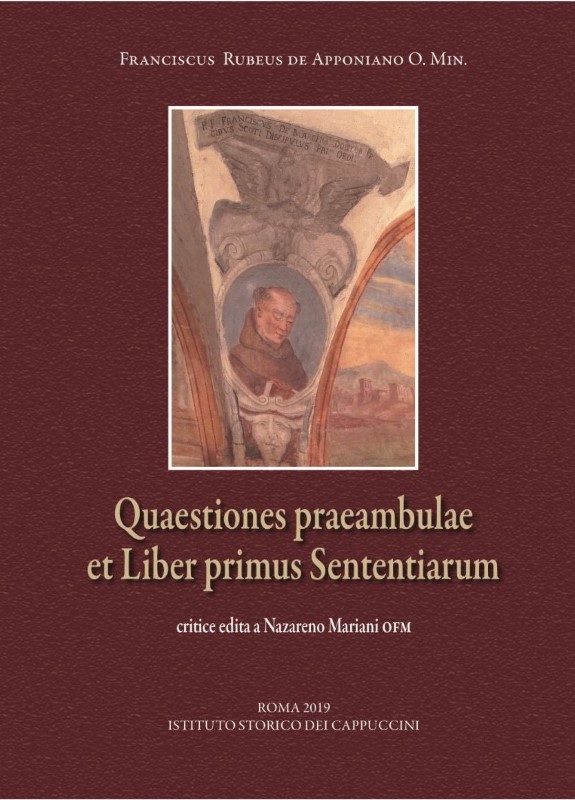 Francesco Rossi was born in Appignano (Ascoli Piceno) around 1290, was active until the mid-fourteenth century and is also known by the name Francis of Marchia. He belonged to the Order of Friars Minor and was taught by Blessed John Duns Scotus. He taught at the University of Paris and left some writings on philosophy and theology (Quaestiones super Metaphysicam; Sententia et compilatio super libros Physicorum Aristotelis). He had supported the General Minister Michele da Cesena, by writing against Pope John XXII the Improbatio contra libellum domini Iohannis (Grotafferrata 1993), upon which he was forced to stand trial and retract his position. He subsequently re-established himself through teaching. In academic circles he was given the honorary title of Doctor Succinto.

Francis of Marchia more than once commented on the Four Books of Sentences by Peter Lombard: the present critical edition offers a text written prior to 1328 as imparted by one of his disciples, Br. Guglielmo da Rubiò; it takes as its basis the manuscript B.VII. 113 from the Chigiano fonds of the Vatican Apostolic Library.

More in this category: « First International Formation Conference for Assistants to the SFO & Franciscan Youth International conference at Durham University »