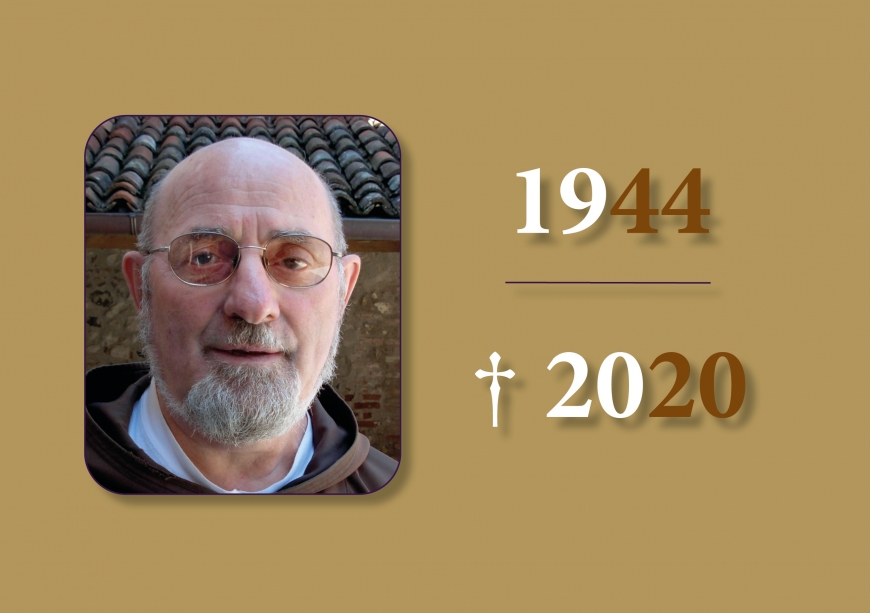 On May 12, in the early hours of the Feast of St. Leopold Mandić to whom he was very devoted, Friar Luciano Pastorello went to Our Lord. He was a Capuchin Friar Minor of the Province of Venice, former spokesperson for the Order (1984-1992) under General Minister (and later, Bishop) Flavio Roberto Carraro, and National Assistant for the Lupetti and Coccinelle branch of AGESCI (Association of Italian Catholic Guides and Scouts) from 1998 to 2004.

Brother Luciano was born in Noventa Vicentina [Italy] in 1944. He was invested with the Franciscan habit at the age of sixteen in the Friary of Bassano del Grappa (VI). All of the years of his formation in the consecrated life were spent at the Laurentianum School of Theology in Padua and in Venice’s Santissimo Redentore  [the post-novitiate friary on the island of Giudecca, Venice]. He was ordained a priest on March 22, 1969, in his native parish of Santa Croce di Ospedaletto Euganeo (Padua) by Capuchin Archbishop Girolamo Bortignon of Padua.

After obtaining his Licentiate in Pastoral Theology at the Lateran Pontifical University in Rome (1970) and another degree in Pedagogy from the University of Padua (1980), Brother Luciano proved himself a prudent and attentive formator for aspiring Capuchin Friars in Venice, first at their Seminary in Rovigo from 1973 to 1984 (where he also served as Dean of San Lorenzo da Brindisi secondary school), and then as guardian of the theology students living in the Venitian friary SS.mo Redentore from 1992 to 2002.

In 1984, Br. Flavio Roberto Carraro, General Minister of the Order and later Bishop of Verona, called him to Rome where he was assigned as the Order’s  spokesperson, press secretary and the first editor of BICI. In those years Br. Luciano gave his total attention to the greater international Capuchin fraternity, with particular attention given to formation, learning and interpersonal relationships.

In 1990 at the General Curia, he replaced Fr. Fernando Pietro Tonello as chief editor of ANALECTA OFMCap., the official publication of the Order of Capuchin Friars Minor -- a position he maintained also for the two publications of the Capuchin Historical Institute: "Collectanea Franciscana" and "Bibliographia Franciscana".

In 2002, he was elected provincial minister of the Capuchin Province of Venice, a service he carried out until 2008, several times visiting all the friars scattered throughout the various places and missions in Angola, Cape Verde, Brazil, Hungary and Greece.

For six years (2008-2014), he was guardian of the Madonna dell'Olmo Friary in Thiene (VI) and then served as parish priest of SS.mo Redentore in Venice (2014-2017). He moved on to Lendinara in 2017, where he was a confessor as well as a formator for the Interprovincial Postulancy of Northern Italy, the friary where he celebrated his 50th anniversary of priesthood just one year ago, on May 5, 2019.

The Patriarch of Venice, Francesco Moraglia, sent a condolence message expressing "my closeness to the dear Capuchin community, to whom I assure you a special remembrance in my prayers for Father Luciano, whom I came to know as a parish priest at Giudecca."

More in this category: « Franciscan Online Bibliography Letter of the General Minister »