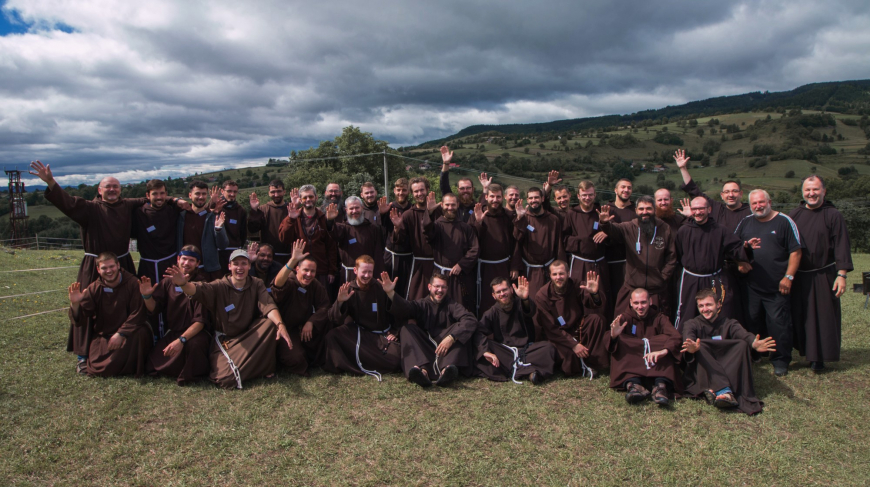 A meeting for the post-novitiate men in formation of the CECOC (Capuchin Conference of Central and Eastern Europe) took place in Slovakia from 30 August to 2 September 2021. The Slovak brothers chose the Capuchin friary located in the mountain village of Hriňová as their place of assembly. Like the first Capuchins who lived in simple and poor conditions, the simply professed and their formators found themselves gathering under tents, despite unfavorable conditions due to cold and rain. More than 30 brothers from the following countries took part in the meeting: Poland, Slovakia, Romania, Hungary, Slovenia and Croatia. Their motto was: "New wine, new wineskins". The young friars are hope for the future, and therefore they themselves are this new wine to be stored in new wineskins for the future of the Order.

The meeting took place in a very healthy, fraternal atmosphere and provided great opportunity for sharing and praying and getting to know one another better. The other brothers and local laity were also close at hand, assisting participants with great generosity and care.

In addition to conferences, recreation and the common celebration of liturgy, the meeting also served as an occasion for formation. The brothers addressed the three important themes that were given rise by some friars of the Order:

1. Modern day challenges for formation in the Order in the context of the new document Ratio Formationis Ordinis. Br. Tomasz Protasiewicz, OFMCap. introduced the theme and gave a guided reflection.

3. "Quo vadis": Where are the European Capuchins to be found? What future awaits the Capuchins in Europe? Br. Tomasz Wroński OFMCap. addressed this theme in the context of preparation for the October meeting of the Capuchins of Europe in Częstochowa, Poland. Next July, a meeting of post-novitiate men in formation from all over the European continent will be held in Rome.