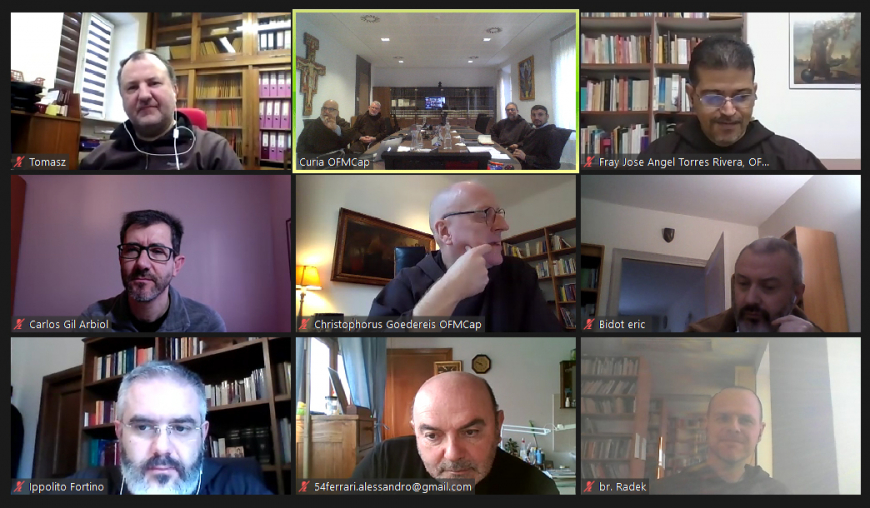 The work of the Commission is to organize the meeting in Poland, which will be attended by all the provincial and custody ministers, and superiors of the delegations. They will represent the countries of the European Conferences and some of the Middle East, including Greece, Turkey, Lebanon-Syria.

The impetus for the work accomplished over the two-day meeting was the letter from the Minister General of November 22, 2020: A Letter to the Friars of Europe.

Actually, the work of the commission had already begun with a questionnaire sent to all the fraternities of the European Circumscriptions, which were returned and are still to be reviewed by the Commission.

Meanwhile, as the Commission directed, a guideline for the celebration of a local chapter on these matters will be sent to all European fraternities by March; and the results, once collected, will be reviewed in light of the meeting in Częstochowa.

The Mediterranean Commission, for its part, also met via Zoom on Saturday, the 23rd. They put forward some proposals that will be shared and considered along with those of the working group of the European Commission.