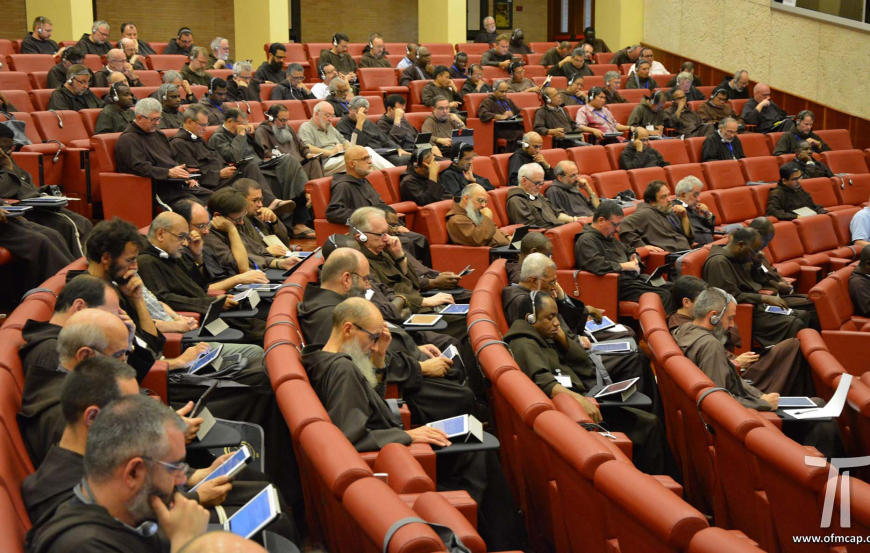 Participate in the Synodal Path

Letter of the Minister General

To All My Brothers
In their Locations Around the World

May the Lord give you peace and find you in unity with Him!

I am sure that each of you is already attentive and focused on the synodal path that the Universal Church had embarked upon last October. I therefore wish, with this letter, to exhort the friars and the entire Order to be fully engaged in this journey of the Church, and to offer our own particular contribution.

In recent months, at all the ecclesial levels, there’s been much in the way of communication offered so that everyone can get involved. The Council and I, therefore, decided to reference for everyone’s benefit some simple passages from a letter sent to the Major Superiors by the Synod of Bishops and by the Congregation for Institutes of Consecrated Life and Societies (CICLSAL), which I cite for you here:

Within this framework of reference, consecrated men and women, like all the members of the People of God, are called to give their contribution of prophecy and discernment first of all in the particular Churches where they are present; if this presence is lacking, the very principle of the Church-People of God which demands the participation of all by virtue of their common baptismal dignity would be called into question, because it requires the participation of all by virtue of common baptismal dignity, and the consultation itself would be seriously impoverished, because it would be deprived, by choice, of a fundamental voice in the life of the Church.

Therefore, consecrated men and women, and the communities themselves, according to their own charism and to the extent granted by their Constitutions, should actively participate in the synodal journey of the particular Churches in which they live out their charism and exercise their pastoral ministry.

Accordingly, I strongly recommend that, as far as possible, all commit themselves to actively participate in the initiatives and proposals of their particular Churches. And for any of you who wish to encourage the Order to participate in what is already being done at the local levels, I would like to clearly indicate our contact persons for the Order: Br. Pio Murat, General Councilor ([email protected]) and Br. Mariosvaldo Florentino ([email protected]), Secretary for Missionary Evangelization, Animation and Cooperation.

I am hopeful that this synodal journey will become a favorable opportunity for us all, so that those charisms that identify us, such as communion, sharing, common participation and fraternity, may grow and develop for the benefit of all.

I take this opportunity to wish you all a fruitful journey in union with the Lord.

More in this category: « Br. Raniero Cantalamessa preaches at the Anglican General Synod Br. Mauro Jöhri is the new President of the Union of Superiors General »