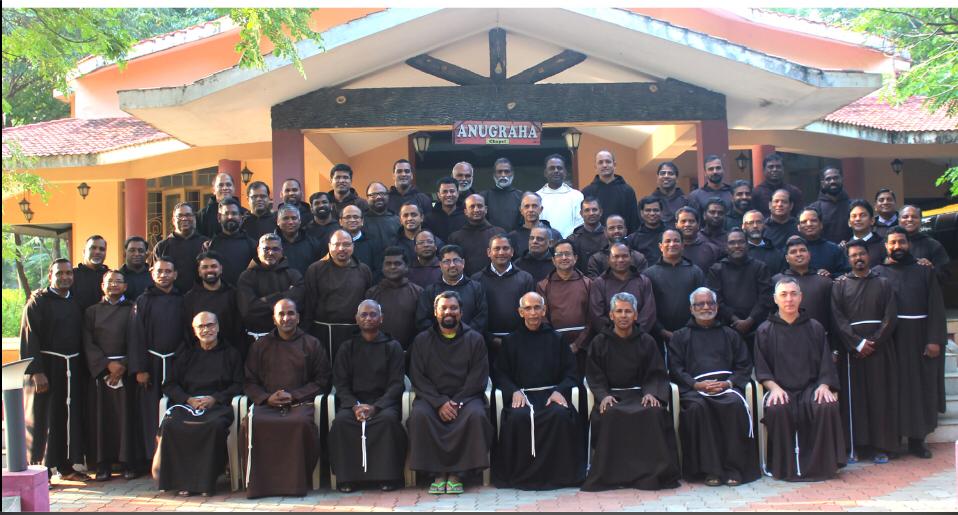 The Major Superiors of CCMSI and their entire council came together from 18th to 21st December 2021 to discuss about the Ratio Localis and other themes connected to formation, Indian cultural reality and inter-provincial collaboration.

Ratio Formationis is not only for initial formation. It is for all formation and stages of life. RF must be transmitted into the local culture of the province.

Brother John Baptist, the General Councilor for the CCMSI said, “Our General Minister Roberto Genuin, is requesting to declare our life as a brotherhood. For that all the brothers must be made known the spirit of the Ratio. Formation is for life and a life-long process to become a Capuchin Religious. So the emphasis should be on religious vocation. The vocation is important and it has to be well prepared.” His daily Biblical Reflections based on the formative themes and biblical heroes set the tone for the discussions of the day. Br. Waldheim, the President of the CCMSI indicated that “Formation team should have the synchronicity for the formative work. All the formators should read the whole text of the ratio and personalise it so that they can reflect the mind of the Order to the formees. They have to keep alive the fervour of all that we have discussed. And if we communicate convincingly then it will go.”

It was a moment of brotherhood in prayer, listening to the experts, discussion and a fraternal schooling to further grow to be brothers. They also had two inner healing sessions animated by Br. Lawrence Susainathan and Anugraha Staff. The synthesis from Formators and JPIC members inspired the participants to orient our formation to Capuchin formation and not for priestly ministry alone. The Academic visitation report presented by the General Formation Secretariat and other inputs by the resource persons also high-lighted some of the areas like understanding the insights of the Ratio, inter-provincial collaboration, providing enough staff to the formation centres, slow decline of vocation, creation of a few common study houses at the CCMSI level and involving the Formation Secretaries to evaluate and animate the formation houses as per the mind of the Ratio.

They had also the possibility to listen to Br. Albert Desouza our Procura and discuss about the themes connected to forming brothers, to have a good foundation on canonical procedures and healthy fraternal living.

The programmes for the both the groups were intense and we have gathered their feedback for further elaboration and synthesis.
A Special word of thanks to Br. Lawrence Susainathan, the provincial of Mary Queen of Province, Br. Mathew Senthil Kumar, Br. S.S. Sahayraj, Br. S. I. Wilson, Br. Susaimanickam, Br. Arockiadoss, Br. Brian Bandye, Augustine Newton, Marcel Barla, Prashanth Noronha, Gabriel Fernandes, Santhosh, Arun Lobo for all their generous helps during the sessions.