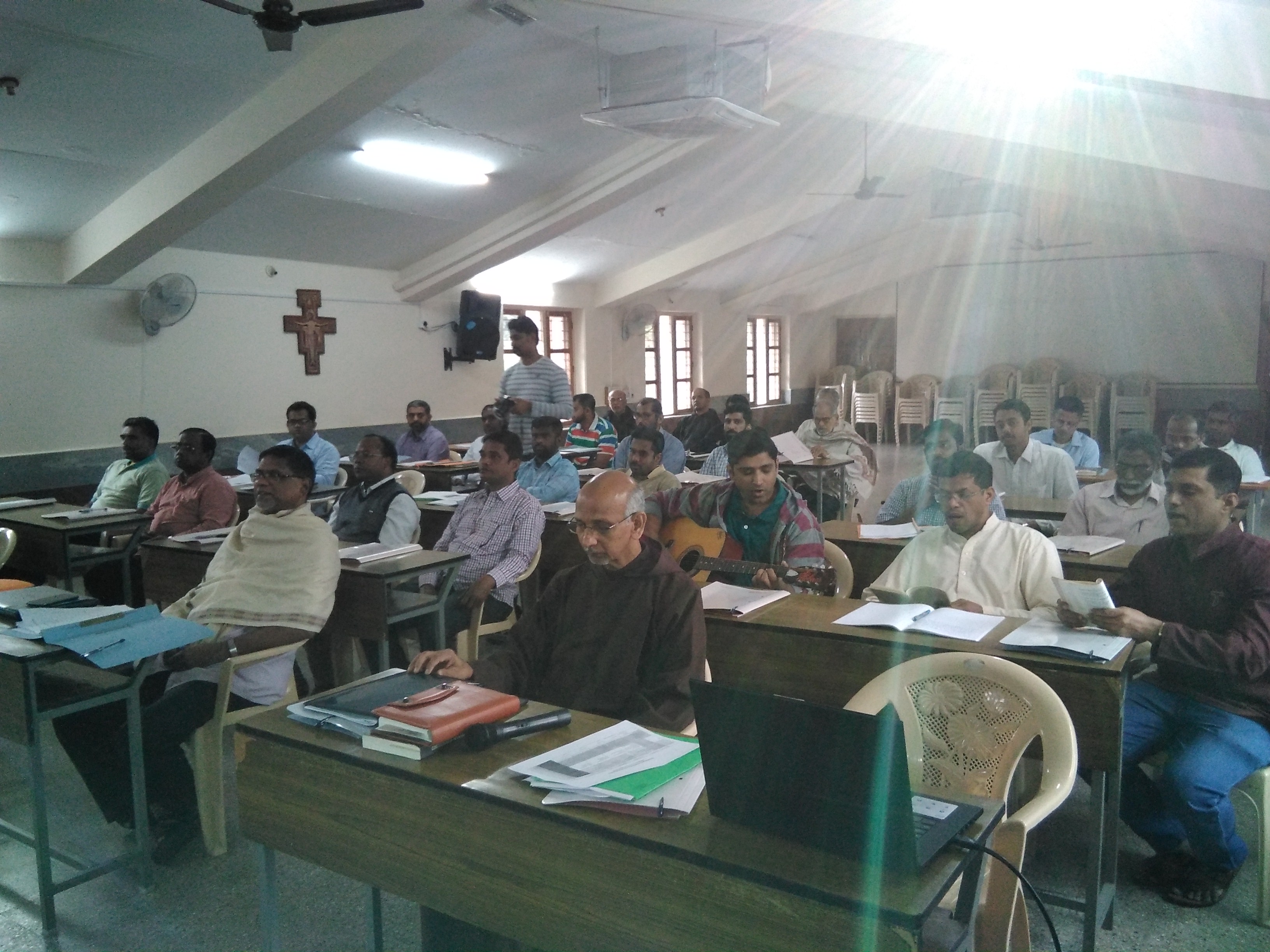 The Number of Participants: There were altogether 29 participants from 13 circumscriptions. 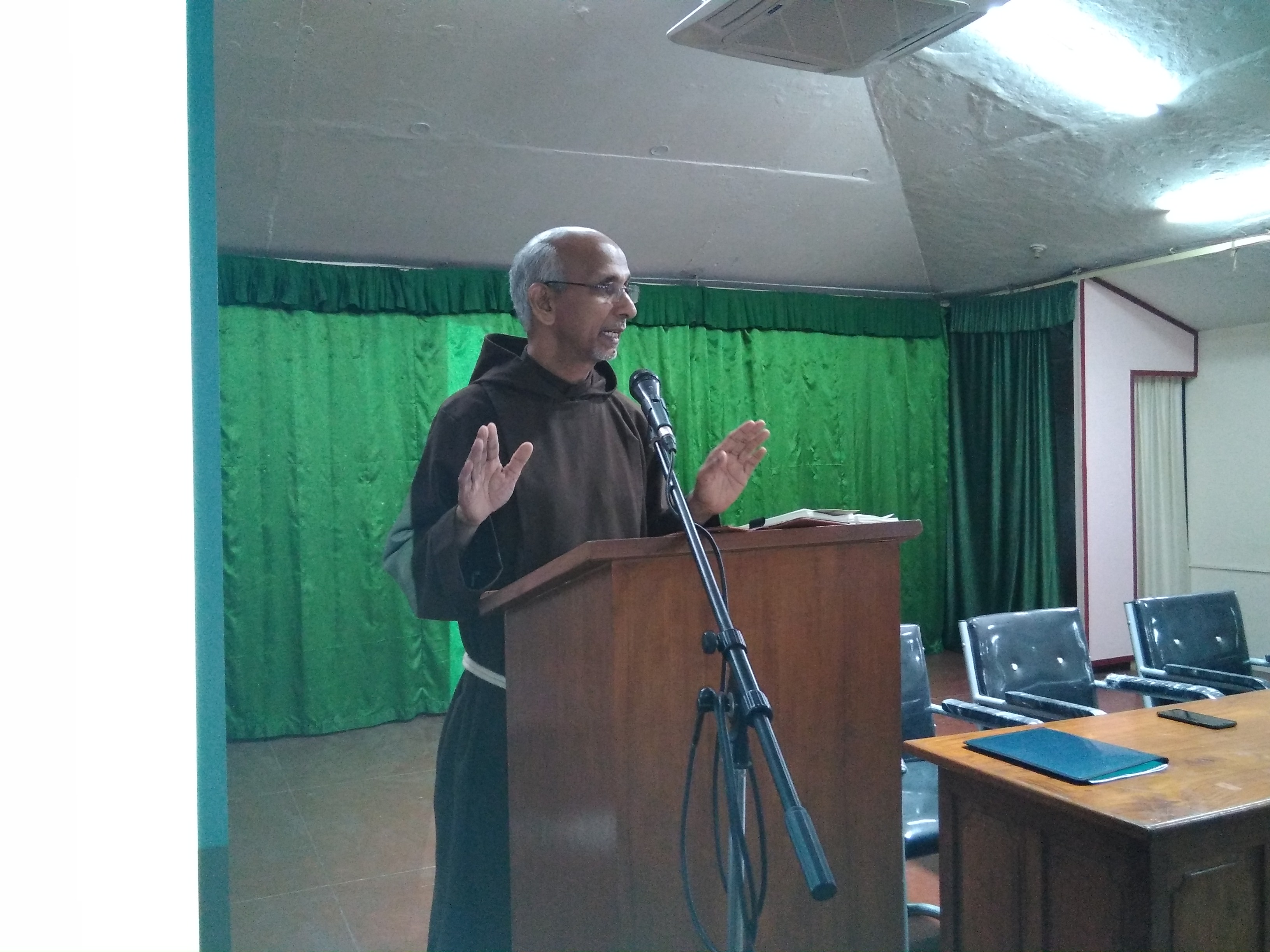 The Inauguration of the programme: On the 3rd of December we held the Eucharistic celebration in the morning after the morning prayer and meditation. At 9 a.m. after a short prayer, reading from the scriptures and our constitutions, we formally inaugurated the seminar by lighting the lamp. 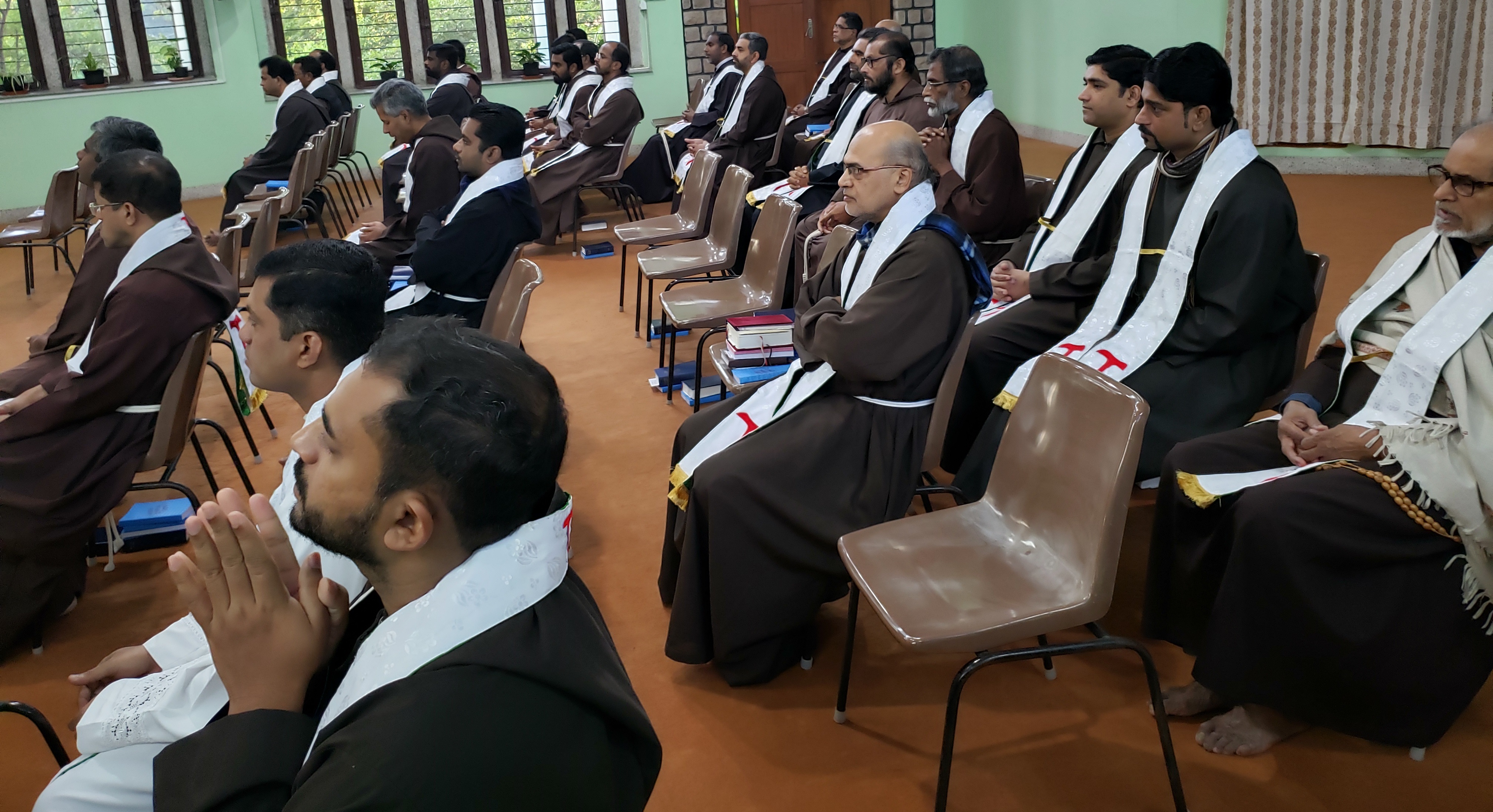 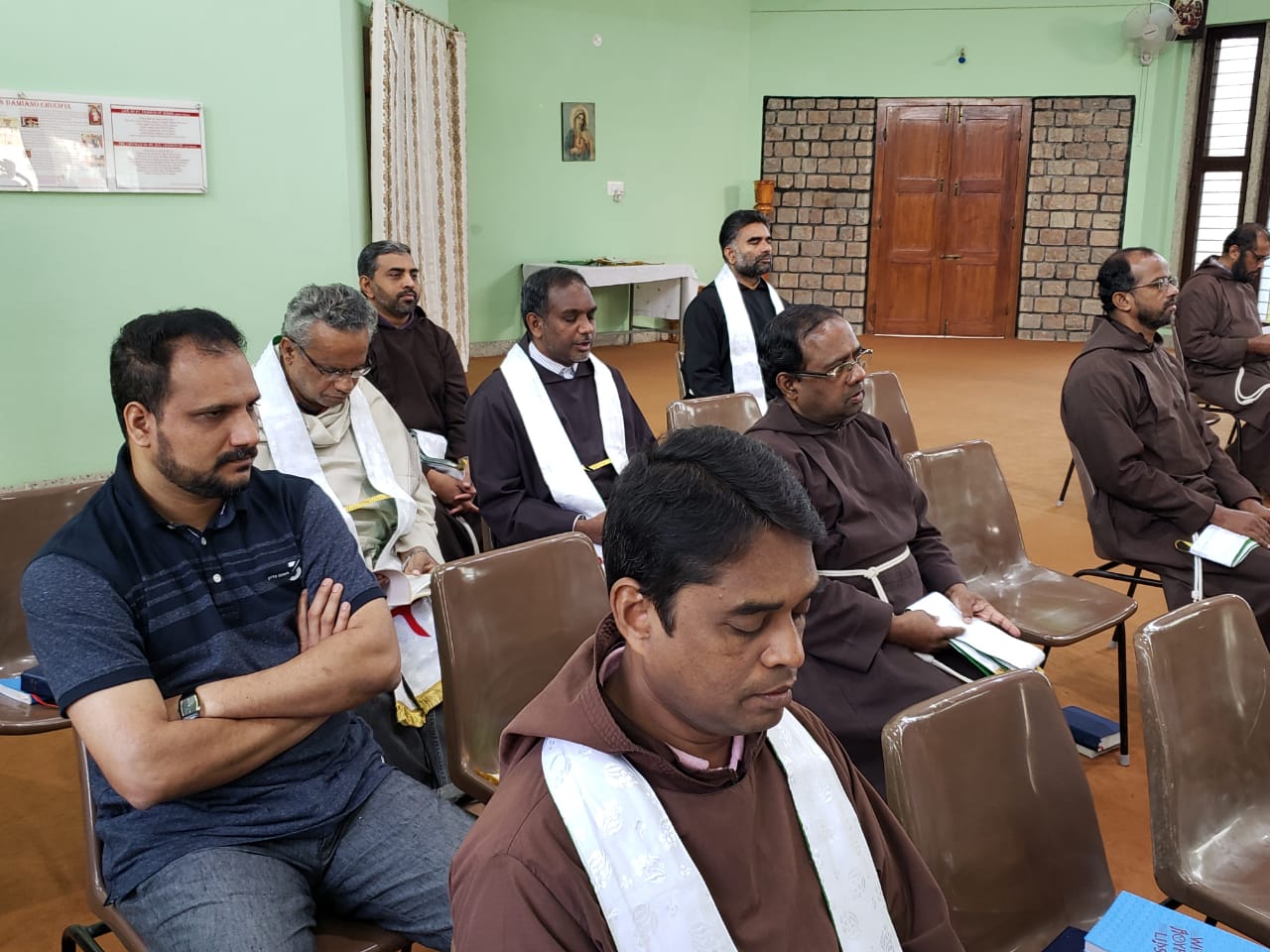 Spiritual & Liturgical Life: A group of friars organized daily liturgy and all were present for the liturgical celebrations. Morning & evening prayers, rosary, were celebrated with vernacular singing by friars from different circumscriptions. The Eucharistic adoration, guided and silent meditations were also conducted. One day was set apart for spiritual retreat animated by Sr. Jyothi UFS a Franciscan Nun. It was lively and really a spiritual experience to be together in prayer. 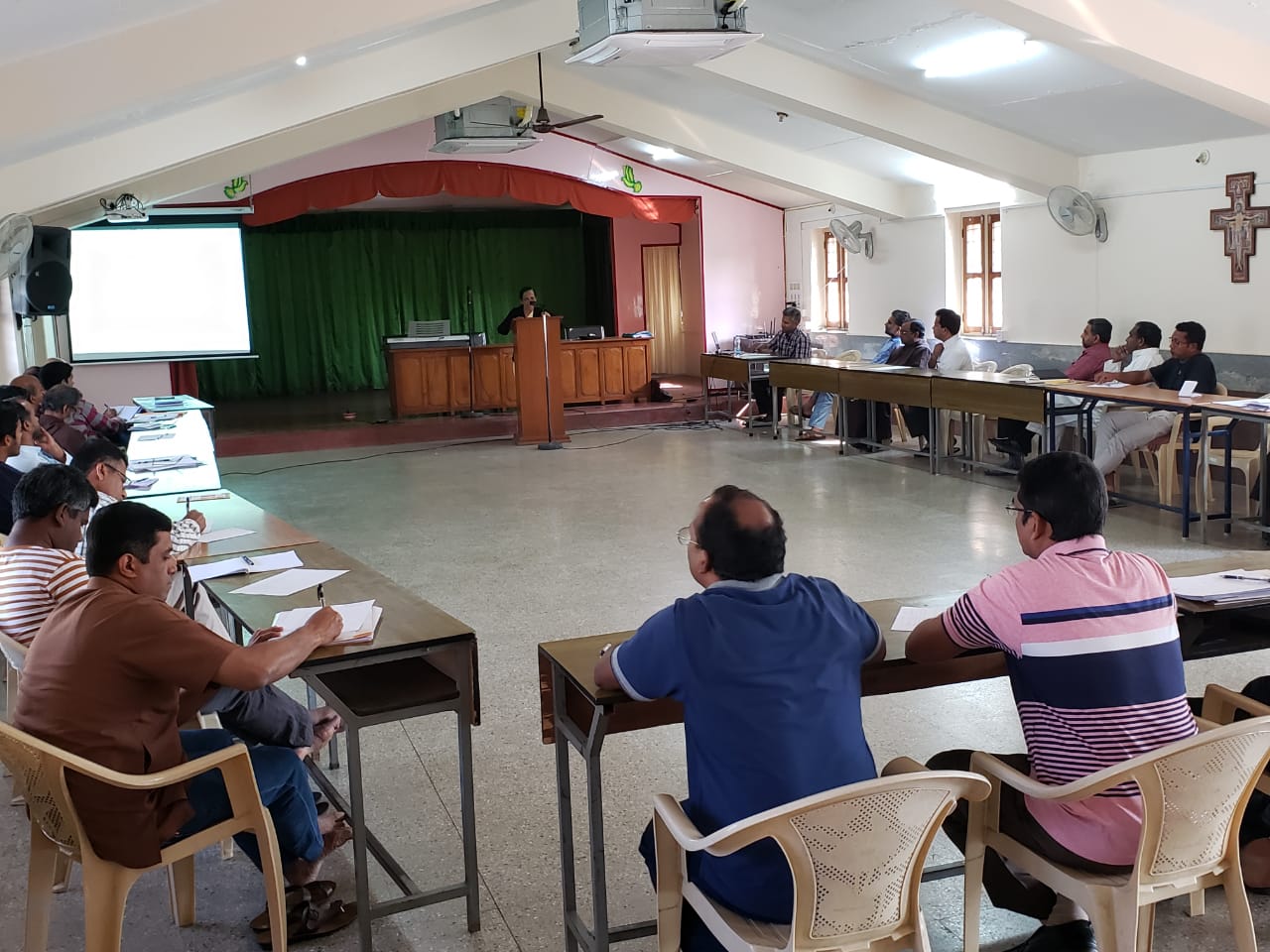 Sessions: Each day was divided with three common sessions followed by further clarifications and question-answer. In the afternoon, after a short prayer service, all went for reading of the ratio chapter by chapter. In the evening all returned to the main hall for the presentation of the reports of group discussions and for the common discussion on the ratio.

Workshops: The entire body was divided into five groups for better and active participation in the discussion. After each session, the animators will give either one or two questions for group discussion. There had been also two questions based on each chapter of the ratio. The group secretaries would present their report in common in the evening session. The secretaries were asked to hand over the copy of the same to Br. Dolphy. Some clarification on certain points were done in common when it was found necessary. Br. Dolphy, member of the international commission for formation secretariat, will present the important points and suggestions to the provincial ministers in the next meeting of the CCMSI in February 2020. 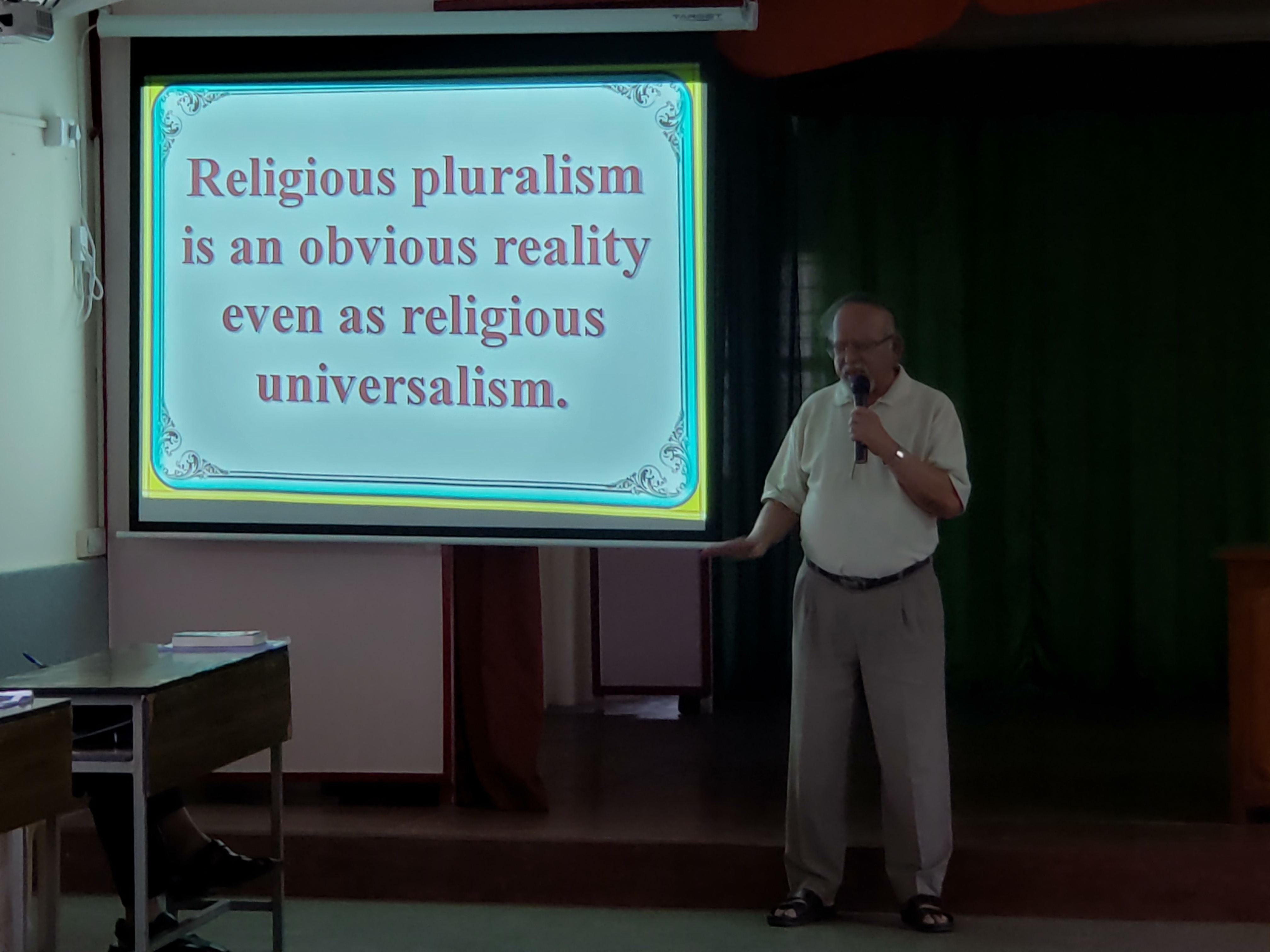 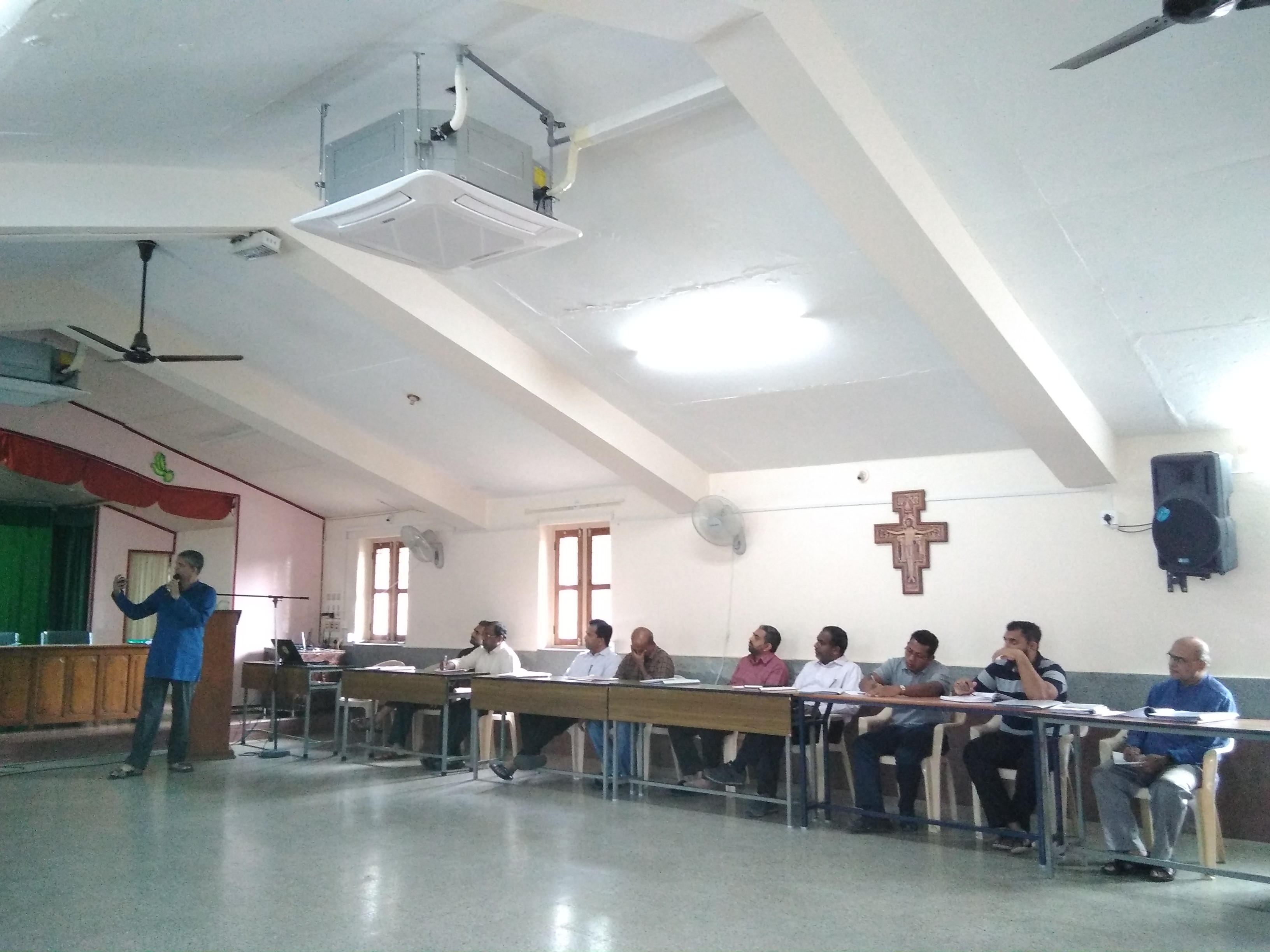 Cultural Day: One Sunday was set apart as the “Cultural Day” with various folklore dances and food etc. All the participants were taken to a culture center called “Janapada Loka” where they demonstrated the cultural tradition of Karnataka. It was organized in view of appreciating the culture of the land in implanting the Order and our Capuchin charism in the local culture.
Promulgation of the ratio: The promulgation of the ratio on 8th December by the General Minister was celebrated during the seminar by distributing sweets and ice creams. The participants were shown the video of General Minister with Jaime signing the ratio. Since it was on the third week of advent, there was also Christmas gathering and exchange of Christmas wishes and gifts.

Conclusion: The seminar on ratio formationis was concluded on 13th December 2019 with the eucharistic celebration, common evaluation of the entire programme, and thanking the General minister and councilors for the interest in imparting Franciscan formation. The participants also thanked Brs. Jaime and Charles Alphonse who shouldered the major responsibility in the animation of the seminar on Ratio. The participants appreciated the content of the ratio and were convinced on the importance of imparting and inculcating Franciscan Capuchin formation and charism.

Meeting of Formation Secretaries: There was also a meeting of formation secretaries of the provinces on 13th December to think about the future course of action in the implementation of ratio formationis generalis and updating of ratio localis. 11 formation secretaries belonging to different jurisdictions of India participated in the meeting together with Brs. Charles Alphonse, Dolphy Pais & John Baptist.
(We are grateful to Br. John Baptist Ofm Cap, the General Councilor for CCMSI for sharing with us the above details).